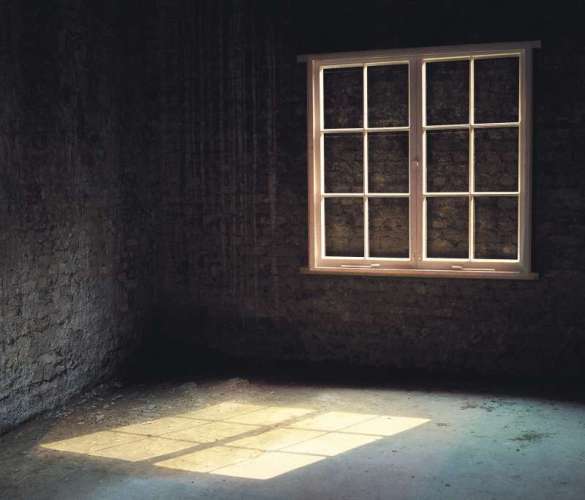 A windowless space illuminated only by a slide, projected onto the floor and onto a window frame hung on a blank wall. Where the windowpanes should be is darkness.  Every part of the window frame is illuminated as though light were passing through it. The image of a lit window is projected onto the window. The light in the space of the missing window-panes was digitally removed. The projector is above the heads of the viewers. The piece is called "Facing the Dark"

To what degree if at all can we know the world in itself, or can we each only know the model of it that our mind constructs from the signals of our senses combined with memory, and then projects out ?  Is there anything beyond the material world and our longing?  Can we know it?

The piece works best in its own large space with no windows or source of illumination, especially coming from another space.  The space around the window and projection are part of the piece, acting like the interior of consciousness.