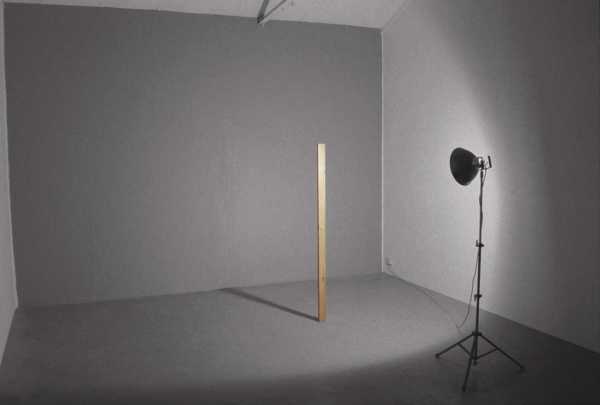 The shadow of the post (which should be the height of the artist) has disappeared. This was achieved by painting the wall (except for the shadow area) the same tone as the darkest part of the shadow, and then meticulously grading the edges. The darkness of paint and darkness of incident illumination become equivalent. The illusion is complicated when the viewer interposes his own shadow. The post's shadow reappears in negative (see second image). However the intention is metaphorical (perhaps metaphysical) rather than technical.

"Trying to imagine not Being" stays in my imagination and fascinates and intrigues me.  I love its depth and economy: a combination which gives it a kind of grace.    John Berger