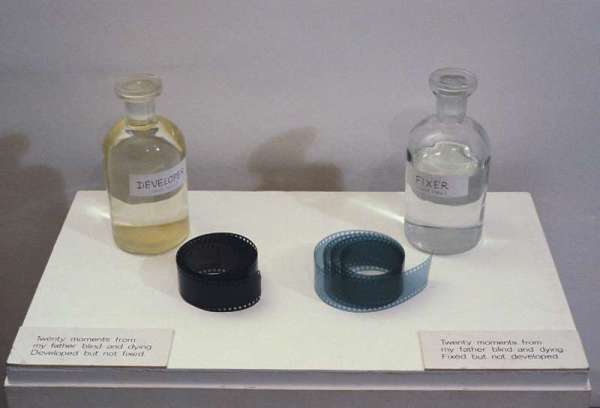 Two black and white films negatives.  I had used them to photograph my father who had become almost completely blind from Frederick's Ataxia, and was soon to die from the same disease.

One film I fixed but did not first develop (so all the emulsion with its potential image disappeared into the fixing fluid (remaining there like the image of a Navaho sand painting when it has been swept into a heap for use in healing rituals).

The other film I developed but did not fix, so it has gone gradually black.

They are exhibited with the chemicals used on them.