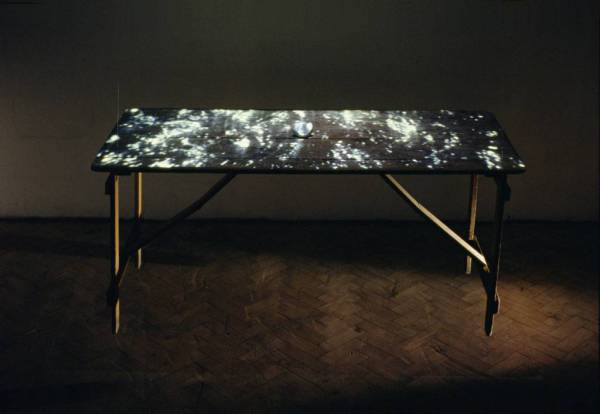 On to the table is projected a film image of the rushing surface of a turbulent river, filmed from above. It flows towards the viewer but the table is suspended just above the floor (about 1 1/2 inches) by fishing lines.  If it is touched it swings. (if the world is presented as flux, the surface it is projected onto must be unstable too.  In the centre of the table is a plaster cast of the inside of my mouth (which I relate to language which tries to catch hold of the world, and is involved with the intake of material sustenance from the world).

This piece also exists with a video loop instead of the original long film loop, which requires special apparatus and tends to break now and then.